As Georgiy Kasianov and Philipp Ther note in the ‘Introduction’ to their co-edited volume A Laboratory of Transnational History: Ukraine and Recent Ukrainian Historiography (2009), the term ‘transnational history’ arose out of a contemporary debate among European and American historians concerning ‘ways of overcoming the limitations of national history’. In Ukraine after independence in 1991, the purpose of writing national history was to ‘legitimize the state in ideological and “scholarly” terms and provide for the civic education of the nation’; ‘practical requirements of state- and nation-building’ lay behind the ‘institutional and intellectual framework established for the study of Ukrainian history’. But the limitations of national history became particularly clear in Ukraine. Kasianov and Ther describe how ‘attempts to nationalize history created serious problems for the project of establishing a “civic nation”’, as linear, monolithic national history failed to represent the diversity of Ukraine’s historical experience and speak to contemporary realities. Historians, not just in Ukraine, were ‘dissatisfied with this ethnicizing interpretation of Ukrainian history’.[i]

In his contribution to A Laboratory of Transnational History, Andreas Kappeler defines transnational historiographical approaches as being ‘based on multiperspectivity and comparison, and they investigate interactions, communications, and overlapping phenomena and entanglements between states, nations, societies, economies, regions and cultures’. As Kasianov and Ther observe, ‘the history of Ukraine and of Eastern Europe in general seems to lend itself very well to the “transnational history” approach.’ The major reason for the relevance of transnational history-writing to Ukraine that they point out is the fact that ‘Ukraine did not constitute a powerful nation-state in the nineteenth and “short” twentieth centuries – a period that advanced and institutionalized national history’. Whereas traditional national history assumes that ‘Ukraine has an age-old territorial continuity and that a Ukrainian nation has existed since time immemorial’, transnational historians appropriately ‘question (if only rhetorically) whether Ukraine has a history at all’. Kappeler maintains that transnational history-writing could be relevant to the future development of Ukraine too, seeing that ‘a multiethnic and transnational view of Ukrainian history can help create a civic society based on citizenship and the rule of law, not primarily on Ukrainian ethnicity’, whilst a tempering of ethnonational historical methods is ‘important for Ukraine’s integration into the European scholarly community and the European Union’.[ii]

A footnote in Ther’s article for A Laboratory of Transnational History underlines how ‘Central and East European studies were among the few fields’ in which a ‘national approach to European history’ was ‘transcended in the postwar period’. This was because of the emerging conception of Central and East European studies as forms of area studies. Ther summarizes how the ‘founding fathers of Central or East Central European history as area studies’ – figures such as Klaus Zernack or Jenő Szűcs – defined the area under consideration according to Strukturgeschichte (a ‘framework of social and political structures’). East Central Europe was seen to be characterized by features such as Western Christianization and ‘the establishment of relatively autonomous cities governed by Magdeburg law’. Importantly, and whilst he admits that ‘eastern Ukraine does not share all of these structural characteristics’ or transnational features, in another footnote Ther emphasizes that ‘the scholarly concepts of Zentraleuropa and Ostmitteleuropa [East Central Europe] in German-speaking historiography do not necessarily exclude Ukraine’. As well as offering the ‘presentist argument’ that ‘the Orange Revolution of 2004 set Ukraine on the path taken by Central Europe in 1989’, Ther adduces historical reasons for including Ukraine in East Central European area studies:

‘After the partitions of Poland, the Ukrainian lands were mostly governed by Russia and hence are rarely regarded as part of East Central Europe. Yet the national movement in Ukraine was greatly inspired by the Polish example. There are also many parallels with the Czech national movement, which had to act without a strong social elite or indigenous aristocracy of the kind that existed in Poland or Hungary. […] Within the framework of the Habsburg Empire, there were also numerous cultural transfers from the Czech to the Ruthenian and, later, the Ukrainian national movement.’[iii]

Ther stressed that ‘precisely because Ukraine was ruled by empires for such a long time, its history cannot be written within a national framework’; as he adds, this situation ‘may influence Western scholars, who take the existence of nation-states more for granted than Ukrainians, Poles or other East Central Europeans’. Ther notes that in the Ukrainian, Polish and Russian societies ‘for a very long time social hierarchies were more important than ethnic divisions’. It was not just that ‘nationally conscious Ukrainians were probably a minority until World War I’ in the multiethnic Ukrainian lands: the Polish-Lithuanian Commonwealth and the Holy Roman Empire represented ‘multiethnic entities in which social stratification was much more relevant than ethnic divisions’.[iv] Continuing transnational historical research on Ukraine in the context of empires could do well to retain a long-term temporal perspective. In her article for The Future of the Past (2016) – which was a sort of follow-up anthology to Kasianov and Ther’s, this time edited by Serhii Plokhy – Iryna Vushko observed that the prevalence of the ‘national paradigm’ has contributed to a ‘focus on the twentieth century [which] is typical of current historiography’ (in particular English-language historiography) of ‘Eastern (or East-Central) Europe’, and that ‘Ukraine is no exception’ in this regard. Vushko laments that ‘the lack of research on the eighteenth century is appalling’;[v]  this lack could be rectified by new work on Habsburg-ruled Ukraine, which would follow on from the examples of David Rechter’s Becoming Habsburg: The Jews of Austrian Bukovina, 1774-1918 (2013), and Vushko’s own subsequent The Politics of Cultural Retreat: Imperial Bureaucracy in Austrian Galicia, 1772-1867 (2015).[vi]

A few years before the publication of Rechter’s and Vushko’s studies, Kappeler was complaining that ‘virtually no new monographs devoted to the history of the Russian or Austrian empires and the respective place of Ukraine in their framework have been published’. Vushko commented (in The Future of the Past) on how this lack both reflects and contributes to the dominance of monolithic national history, noting that when ‘in Ukraine the history of Galicia is still written almost exclusively as a history of a Ukrainian/Ruthenian Galicia’, the result is that ‘Austrian Galicia in today’s Ukraine is presented above all as Ukrainian Galicia’. That is, ‘the focus on the “Ruthenian” aspect in the history of Austrian Galicia conceals the multinational character of early Galicia’. Yet in contemporary Ukraine the early Austrian, pre-1830s era is ‘the period that is regarded as the most fruitful or positive in the history of all Ukrainian territories over the centuries’. Vushko records how cultural activities such as their founding of several educational institutions and support of the Uniate Church ensured that the Habsburgs remain ‘still very much alive in the Ukrainian political imagination’; indeed ‘nostalgia for the Habsburgs in today’s western Ukraine, in Galicia in particular, is stronger perhaps than in any other parts of the former empire, including Vienna’.[vii]

Vushko’s view of the Austrian empire was not starry-eyed: she could write that ‘other aspects of the policies conducted by the Austrian rulers – their motives and decisions and the ramifications of those – are practically unknown’.[viii] She also directs attention to the field of German-Ukrainian relations, referencing the 1994 collection German-Ukrainian Relations in Historical Perspective. This anthology features Detlef Brandes’s article ‘German Culture and the National Awakening in Western Ukraine before the Revolution of 1848’, and also reminds one of Roman Szporluk’s essay for A Laboratory of Transnational History, which discussed the meaning of the fact that after the 1772 partition of Poland, ‘Germany (as “Austria”) entered into the Polish-Ukrainian connection in Galicia as a third force’.[ix]

Importantly, Galicia’s incorporation within the Austrian empire entailed the province’s cultural Germanization and meant that, as Szporluk noted, ‘Galicia was drawn into the world of German problems’; it meant as well that ‘the Polish question became a problem in Prussia’s internal politics’. Yet Galicia had also been ‘the first Ukrainian-inhabited area to find itself under Polish kings and was under their rule uninterruptedly from the middle of the fourteenth century until 1772’. In 1772 Poland was in any case ‘more advanced in nation-building than the Germans’, Szporluk stressed. It is worth remembering, therefore, how limited the Germanization of Galicia from 1772 onwards truly was. ‘Vienna did not tell the Ukrainians […] that they were really German’, Szporluk observes; moreover, ‘any Germanization that the Habsburgs practiced was motivated by bureaucratic needs and was not part of German nation-building’. Szporluk in fact goes so far as to argue that the inclusion of Galicia within the Austrian empire ‘fostered the de-Germanization of Austria because it […] diverted Vienna’s attention from the German national scene into the Slavic world’: post-1815 Austria ‘was less German’ than it was before 1772. Ironically, the partition of Poland itself hence contributed to the Polonization of Galicia: as Szporluk writes, ‘it was the Poles who benefited most’ from the Austrian Enlightenment-influenced reforms in Galicia, because ‘Ruthenian Galicia became integrated with the other ex-Polish regions now under Vienna and acquired an even more Polish character’. The Polish nobility, Szporluk added, ‘continued to dominate the Ukrainian peasantry by controlling the relations of production and information (culture and education)’.[x]

Transnational research on Ukraine in the context of empires thus shifts into the study of Ukrainian history in relation to what Ther calls a ‘“cultural history” concept of Central Europe’. Ther saw that ‘a culturally based concept of area studies facilitates the integration of Ukraine into the study of Central or East Central Europe’. Pointing to religious activity such as the Union of Brest as well as the area of public education, he noted how the forces of cultural Polonization in Ukraine, for example – as well as ‘cultural transfers from Ukraine to Poland’ – were ‘so strong that one can regard Ukraine as part of Central Europe at least until the late eighteenth century’. Szporluk mentions how the university in Kharkiv, which Adam Czartoryski helped establish in 1804, ‘maintained contacts with Polish and other European schools and libraries, thus forming a direct link to Europe that bypassed St. Petersburg’.[xi] However in terms of Ukraine’s relation to Habsburg culture, and indeed Central European cultural history in general, it seems to be the city of Lviv to which transnational research paths tend to lead, guided perhaps most obviously by Isabel Röskau-Rydel’s 1993 study of Lemberg’s education system and cultural institutions during the period 1772 to 1848.[xii]

Lviv’s rôle as a centre of cultural exchange is marked by its various earlier names over the centuries: Leopolis, Lemberg, Lwów, Lvov. Ther refers to transnational histories of Lviv, such as an article of Yaroslav Hrytsak’s from 2000, which have responded to Lviv’s identity as what Ther calls an ‘ethnically mixed and disputed’ city.[xiii] In his essay for A Laboratory of Transnational History, Mark von Hagen lists further scholarship drawing out Lviv’s ‘multiethnic and multiconfessional pasts’. A representative Lviv-based institution remains the Uniate (Ukrainian Greek Catholic) Church – the fusion of Eastern and Roman Christianity which, having originated with the signing of the Union of Brest in 1596, was (von Hagen notes) ‘the result of a typical borderland political and religious compromise’. An emblematic Leopolitan cultural figure was Andrei Sheptytsky (1865-1944), the Metropolitan Archbishop of Lviv who ‘left his Polonized Roman Catholic family to “recover” the legacy of his Greek Catholic ancestors’.[xiv] 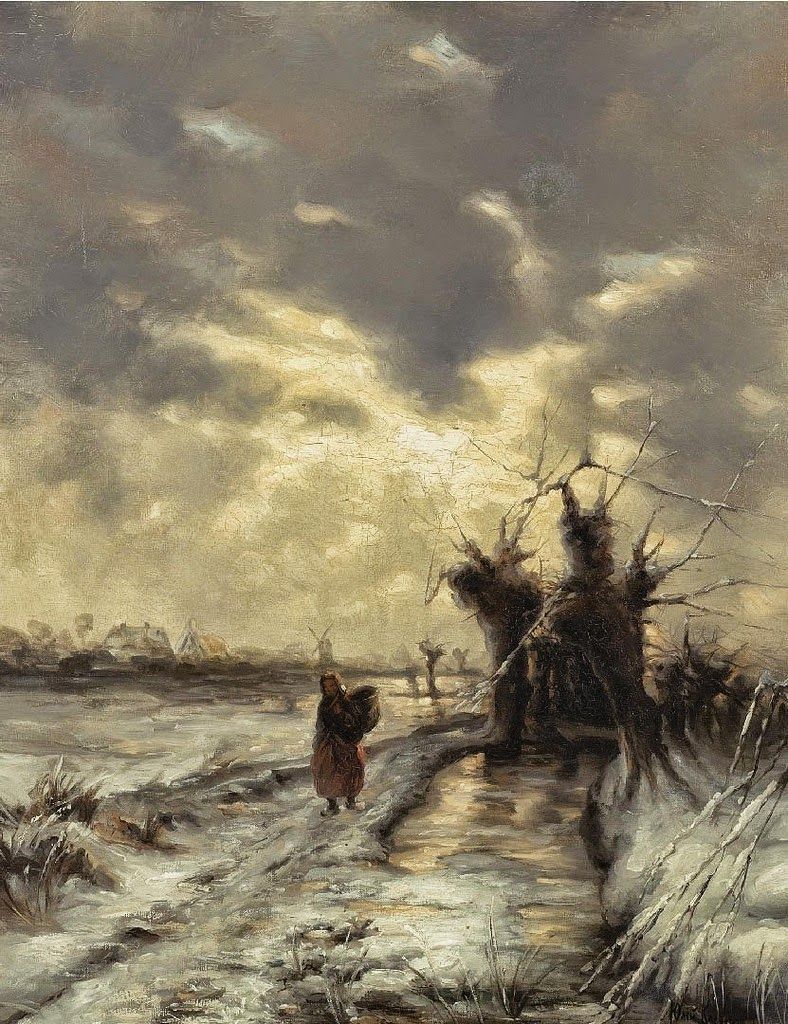