Following her accession as Empress of Russia in 1730, Anna (previously Duchess of Courland, a region now part of Latvia) abolished the Supreme Privy Council, imprisoned or exiled most of its members, and installed a new cabinet headed by her favourite, Ernst Biron.[i] A Courlander himself, as a result of his influence other Baltic Germans were granted government offices, resulting in the regime known as the Bironovshchina. Anna’s reign from 1730 to 1740 hence illustrated how, in Russia during the eighteenth-century, certain monarchs – in the words of the historian Hans Rogger – ‘surrounded themselves with foreigners and made of the court and government a foreign enclave in the midst of Russian life’; indeed, under Anna ‘non-Russians, no longer obedient executors of a determined monarch’s will became themselves the directors of Russian policy’.[ii]

Although, as Mikhail Shcherbatov noted, Biron ‘supplied Courland with Russian treasure’, Rogger concludes that it is ‘doubtful whether the foreign origin of the Empress’ ministers and generals predisposed them to policies which could be called anti-Russian’. However, and though agreeing with Alexander Lipski that ‘the influence of Germans at her court was not exerted against the national interests of their adopted country’, Rogger also endorsed Lipski’s opinion that ‘the prominence of Germans in the government offended national pride and caused resentments’ directed against Anna’s reign. Citing for example its ‘rigorous tax policy’ and Biron’s unconcealed ‘contempt for all things Russian’ as causes, Rogger writes that ‘it is certain that almost every section of Russian society felt itself aggrieved in some way by the Bironovshchina’. He also notes how the anti-Germanism sparked during Anna’s reign, when the post-Petrine, Westernized state could be perceived as ‘a foreign importation with purely repressive or exploitative aims’, laid the foundations for anti-statism in Russia. The Bironovshchina bequeathed ‘an important legacy of hostility to government which was closely connected with the image of the state, its institutions and personnel as something essentially alien to Russia’.[iii]

Rogger describes the Russian Academy of Sciences, which had been founded in St Petersburg in 1724, as ‘almost a microcosm of the government in the thirties’. This was on account of the Academy’s ‘foreign complexion’; in fact, during its first seven years the Academy had no Russian members at all, and all four of its first presidents were Germans.[iv] When Elizabeth I replaced Anna on the throne as a result of the court revolution of 1741, and – in the words of historian J. L. Black – ‘the floodgates of anti-German sentiment in St Petersburg opened’, some of the ‘pent-up hostility among Russians against foreigners was to be directed against the Academy’.[v] The president Karl Brevern (a protégé of Biron’s) fell along with his protector, for instance, and A. K. Nartov – in 1741 ‘the only Russian who held a position of any significance’ at the institution – ensured that four of the leading Germans at the Academy were ‘placed under strict house arrest’, whilst he was ‘put in charge of Academy affairs’.[vi]

The climate within which, as Rogger put it, ‘the Bironovshchina had made Russians particularly sensitive to any real or presumed slight to the national honour’, naturally had a determining effect on scholarly practice at the Academy. For example, the reason why ‘history as scientific pursuit became almost an impossibility’ was that public opinion simply wanted ‘to see tangible evidence of national greatness’. Aesthetic qualities of historiography were pushed to the fore, with the Academy instructing the young historian G. F. Müller (as Rogger records) ‘not to bother with tedious researches and source materials, but to “write history”’.[vii] Yet the case of Gerhard Friedrich Müller (1705-83), who had arrived initially at the Academy from Leipzig in 1725 on a one-year contract to teach at the new Academy’s accompanying Gymnasium, also indicates how foreign – German – influence could itself help generate Russian national consciousness through history-writing. In Rogger’s formulation, in eighteenth-century Russia ‘the self, the specifically national, was determined and defined on contact with the other, the foreign, the nonnational’.[viii]  Because Müller in fact very much did bother with tedious researches and source materials – most notably during the gruelling Siberian archival work undertaken on the second Kamchatka expedition of 1733-43 – he exemplifies how German academic professionalism could contribute to the development of the writing of Russian history.[ix]

Echoing the 1761 remark of the Göttingen historian August Ludwig Schlözer that Müller was ‘unarguably the most honoured and best-known person abroad among scholars in Russia’, Black classifies him as ‘by far the best-known and most respected writer of Russian history and geography among western European intellectual circles before Schlözer came to dominate the field’.[x] Müller was working at a time when the ‘scattered historical activity in seventeenth- and early-eighteenth-century Russia’ had ‘only barely taken into account the progress made in historical studies in Europe’. But at the institution where he had studied, the University of Leipzig, history had become a ‘well-developed science’, as Black notes.[xi] William Coxe, in his Travels in Poland, Russia, Sweden and Denmark of 1778, pointed to the particular features of the science which Müller brought from Leipzig to St Petersburg, when he judged that he ‘will always be considered as the Great Father of Russian history, as well from the excellent specimens he himself produced as from the vast fund of information which he bequeaths to future historians’.[xii] For Müller was essentially an antiquarian – a collector.

One of his models as a historical writer had been the antiquarian Johann Jakob Maskov of Leipzig who, Black writes, was ‘already famous as a historian of medieval Germany when Müller studied there’. Maskov stood in the tradition of the Jesuit Bollandist Fathers, a society of scholars – collectors of sources – who in the seventeenth-century had subjected the medieval Acta Sanctorum [Lives of the Saints] to historical criticism.[xiii] Looking back to this lineage, Müller became an ‘unsurpassed’ collector of Russian materials: ‘the first published writer in Russia to emphasize the importance of official documentation for historical studies’.[xiv] It is worth remembering how later in the eighteenth-century Mikhail Shcherbatov, Nikolai Novikov and Nikolai Karamzin ‘continued one Müller tradition by editing valuable historical documents for publication’; Black added that ‘owing in large part to the efforts of Count N. P. Rumiantsev (1754-1826), […] archivists and publicists predominated in the field of historical activity [in Russia] well into the first quarter of the nineteenth century’.[xv]

As Black points out, Müller’s prioritization of the collection of documents meant that if, say, his historical account of Siberia were to be placed alongside David Hume’s first volume on the Stuarts (also from 1750), or Voltaire’s work on the age of Louis XIV of the following year, ‘it would seem unsophisticated, disjointed, with little criticism and only barely a narrative’. Though Müller’s historical writing could show the influence of the ‘literary artistry, rationalist interpretation, and critical analysis of sources’ which he found in the work of contemporaneous historians such as Hume, Voltaire, William Robertson or Schlözer, judges Black, Müller ‘rarely brought together the disparate trends of modern historical writing’. His superseding of ‘the theological, nationalistic, or strictly annalistic interpretations’ of historiography ‘that were still common to Russian writers in his day’, was less ‘a reflection of trends among European historians’ than the product of ‘his own learning experiences in Siberia’.[xvi]

Hence – as Rogger admits – Schlözer was not being unfair when he charged Müller to be thirty years behind the times, and stated that ‘I was at least a scientific critic […] I was in this respect the only one in Russia.’ Rogger sees that Schlözer’s ‘mastery of the methods of textual criticism, of historical geography and linguistics, gave him an undoubted advantage over his Russian colleagues’ (including Müller in Russia). Rogger saw too, however, that even the presence of German science in Russia at that time could not enable the practice of the writing of Russian history ‘to found a scholarly tradition in which successive generations refined the work of their teachers’. Indeed, ‘from a purely academic point of view the achievement of Russian eighteenth-century historiography may well appear meagre.’[xvii]

The importance of Müller’s contribution to Russian history-writing becomes more clear when we think about his writing of history in relation to Russo-German relations. As Black noted, Soviet writing on Müller either sidelined him in textbooks on historiography to a bit part within chapters on Russian historians, or else presented him as ‘anti-Russian, […] a leader of the predominantly foreign professoriate of the Academy against a small but progressive and patriotic Russian faction’. But this reading of Müller’s position within Russian historiography neglects the many ways in which his activity proved him to be pro-Russian:

‘Such absurd [Soviet] interpretations fail to account for the unusual events of Müller’s oath of allegiance to the Russian monarchy, his advocacy of the use of Russian in schools, his persistent lobbying for the completion of a national history in order to correct foreign misconceptions about Russia, and his disputes with foreign as well as Russian members of the Academy.’[xviii]

Müller himself thought of the Academy publication Monthly Compositions [Ezhemesiachnyia sochineniia] (1755-64) – of which he was sole editor – as the work of his that ‘was probably the most beneficial for Russian society’, and indeed, as Black remarks, ‘the editorial promise to use Monthly Compositions to correct images of Russian history as they were disseminated by non-Russians was adhered to throughout the journals’s existence.’ Müller expressly invited readers to send in to the Academy comments on errors that they found in foreign works about Russia – hardly a mark of a German historian dismissive of Russian cultural-historical specificities.[xix]

Displaying what Black calls a ‘highly moral tone and didactic intent’, Monthly Compositions – which was originally named the St Petersburg Academic Supplement – emulated the sort of European moralizing weeklies familiar to Müller from his youth: Monthly Compositions was ‘in reality a late Russian entry into a Europe-wide trend toward periodicals that began early in the century’. We can understand how Müller’s awareness of such journalistic activity contributed to the way in which Monthly Compositions stimulated transnational German-Russian intellectual and cultural relations, when we recall his association with the journalist Johann Christoph Gottsched, under whom Müller had studied in Leipzig when the young Gottsched was an instructor in poetry. By way of thanks to playwright Alexander Sumarokov for providing Monthly Compositions with 123 poems between 1755 and 1758, Müller arranged through Gottsched that Sumarokov become a member of the Leipzig Literary Society. Gottsched also publicized Monthly Compositions itself in Leipzig and reprinted poems and essays by Sumarokov and other Russians in translation.[xx]

Müller’s desire to promote Russo-German cultural relations is of course also evidenced by his need to solicit corrections of misinformed foreign views of Russian history. This need of Müller’s expressed his concern with scholarly or scientific objectivity – something, as Black writes, which ‘among historians of Russia during the eighteenth century it is usually only Schözer [sic] who is credited with’. Black adds that ‘aside from N. I. Boltin in the 1790s, Müller remained unique among historians in Russia during the century in propagating the method and objectives of eighteenth-century rationalism’. Some lines in a letter of Müller’s from the early 1760s show him juxtaposing – aligning – the methodology of rationalist historiography to his own trans- or indeed meta-national stance as a historian:

‘Allow me first to give you my thoughts on how to create such a history. It all may be contained in three words: it must be true, objective, and unpretentious. The duties of a historian are difficult to fulfil: you know that he must seem to be without fatherland, without a faith and without a state.’[xxi] 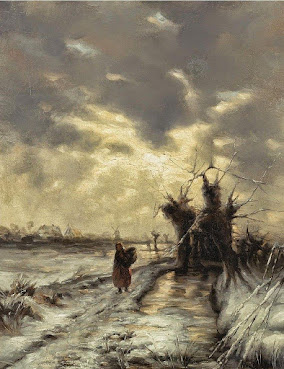